G Suite not enough? Add-ons, Apps and extensions to the rescue!

Here is a quick fly through some of my favourites. This is not a comprehensive list but a list of those extensions, apps and add-ons I use a lot at the moment.

Google URL shortener
This shortens any web address and also creates QR codes that link to the same web address. If you ar working with tablets in our classroom, the QR codes are a really quick and simple way to direct students to relevant websites.

Share to Classroom
This allows me to post assignments and announcements to any of my Google Classrooms. So, any website I find that I think is useful, I can post directly to the correct Classroom. I use Classroom extensively with my trainee music teachers.

Screencastify
This creates movies of your on-screen actions. This is a really useful way to create help files without the endless screen shot and crop of a printed document. The viewer can also pause the video whilst they complete each step of the task you have recorded for them. A really great way to support others.

Grammarly for Chrome.
Checks the grammar of your writing in emails and gives you weekly feedback on the number of mistakes, most common mistakes and vocabulary range. The paid version does a whole lot more but the free version is a great help in finding those simple errors.

Form Publisher
Form Publisher converts the response from a Google Form into a document of your choosing: Docs, Sheets, Slides or a pdf for those people who do not yet have G Suite for Education. An enormously useful tool to improve workflow within an organisation.

Flat.io
Flat.io is a music notation software app suitable for use for all ages. It integrates with Google Classroom, so you can assign copies of files for each of your students. This would be a great way to complete chorale harmonisation tasks for A Level music courses. Students' compositions can be completed in full notation and heard back and the teacher is able to add comments to guide the students to a better outcome. If you are not convinced, you might want to know that the special education price is £1.10 per user per year. Made you think?

Soundtrap
The other essential tool for a music teacher is a sequencer. My sequencer of preference is Soundtrap. This is a web-based multi-track music studio with an enormous range of different loops and samples. It will also allow recording directly into the project from your computer or phone via an app. The phone or tablet app allows students to be recording sound from any sources and including them in their final composition whether this is a pod cast for English, a sound score for a film or a composition for a music course. Soundtrap also has the capability to work collaboratively from remote locations. So that visiting musician, poet, storyteller may well be much more affordable when they only have to give you an hour of their time from the comfort of their won home rather than spend hours travelling to your school.

There are many other apps and extensions and add-ons and  I am sure you will have your favourites so go extend the reach of your G Suite for Education core tools. And if the tool you want is not out there, why not build your own?

Popular posts from this blog 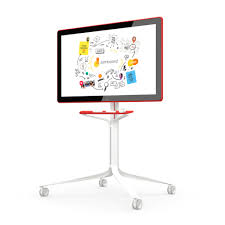 When I work with the Jamboard, I recall the Steve Jobs quote: "Technology is nothing. What's important is that you have a faith in people, that they're basically good and smart, and if you give them tools, they'll do wonderful things with them." The Jamboard is the most amazing collaboration tool that was aimed squarely at the commercial market but it soon became clear that schools could epitomise Steve Job's quote and adopt this product for themselves. This board looks for all the world like an Interactive whiteboard but it is so much more than that. Ignore its appearance and try not to think of it as an Interactive Whiteboard. Here are some of the amazing things I have seen it used for: Explaining the significance of the elements of Plato's cave Explore the theme of Ambition in Macbeth early language adopters to read simple CVC words and then draw what they have read and vice versa creating a representation of the gestation of a human ch
Read more

I will eventually get to the point I love my Chromebooks. I have extensive experience of the Samsung 500 series and I still hold a candle up for them. I know they are old now but my school has a set and they are robust, light enough for any student to safely carry,  last the whole school day, are on and ready to use in 9 seconds and the students love them - no! They adore them.
Read more